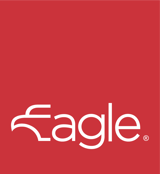 How one nationwide food market reduced glove costs by focusing on monthly cost, not price per case.

Following meeting the Company’s food safety representatives at the Food Safety Summit in 2017, Eagle began a commercial trial of their FineTOUGH nitrile gloves in both the butchery and deli departments of 8 west coast locations. Eagle’s research into the cross-contamination risks of disposable gloves alerted them to their current food safety procedural risks.

Through their own analysis, the Company determined it was then losing 20-30% of all gloves on donning due to ripping, depending on location in the butchery and deli departments. Additionally, a further 20% of gloves were ripping with usage. It was found that butchers throughout most locations were also triple gloving because of ripping - to avoid time spent washing hands and redonning new gloves.

Other unfavorable observations due to ripping gloves, including compromised food safety procedures, were: 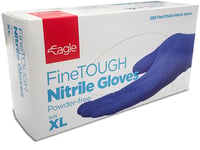 Eagle FineTOUGH nitrile gloves (2.6mil, indigo) were trialed for one month in both the butchery and deli departments. Results of the Eagle glove trial were:

At the time in 2017, the Company was purchasing vinyl gloves at $1.60 per 100. Eagle FineTOUGH’s were $2.50 per 100, 56% more expensive. However, the monthly cost was unchanged, or even reduced, due to the Eagle glove's premium quality, leading to an immediate reduction in ripping and therefore usage reduction.

Over and above the cost savings, Eagle gloves also provided immediate benefits to the Company:

Research has highlighted the food safety risks of gloves for many years. Recently, commercial recalls due to glove contamination further highlight why glove quality must be considered in food safety protocols. Focusing on glove cost alone has the potential to cause a company a costly recall and have a negative effect on their brand reputation. While this may seem like the best financial option on paper, it does not reduce monthly glove costs.

Find out why Eagle Protect is the preferred glove supplier to the west coast stores of this nationwide wholesale business.

Our materials are sourced from robust, transparent, fair, and consistent supply chains and are environmentally safe and more sustainable.

Our promise is that we will always deliver results that value your people, your customers, and our planet.

We save everyone more by protecting not just your long-term bottom-line but the livelihoods of your customers and their communities. When you use gloves that work, you are saving time, money, and lives.